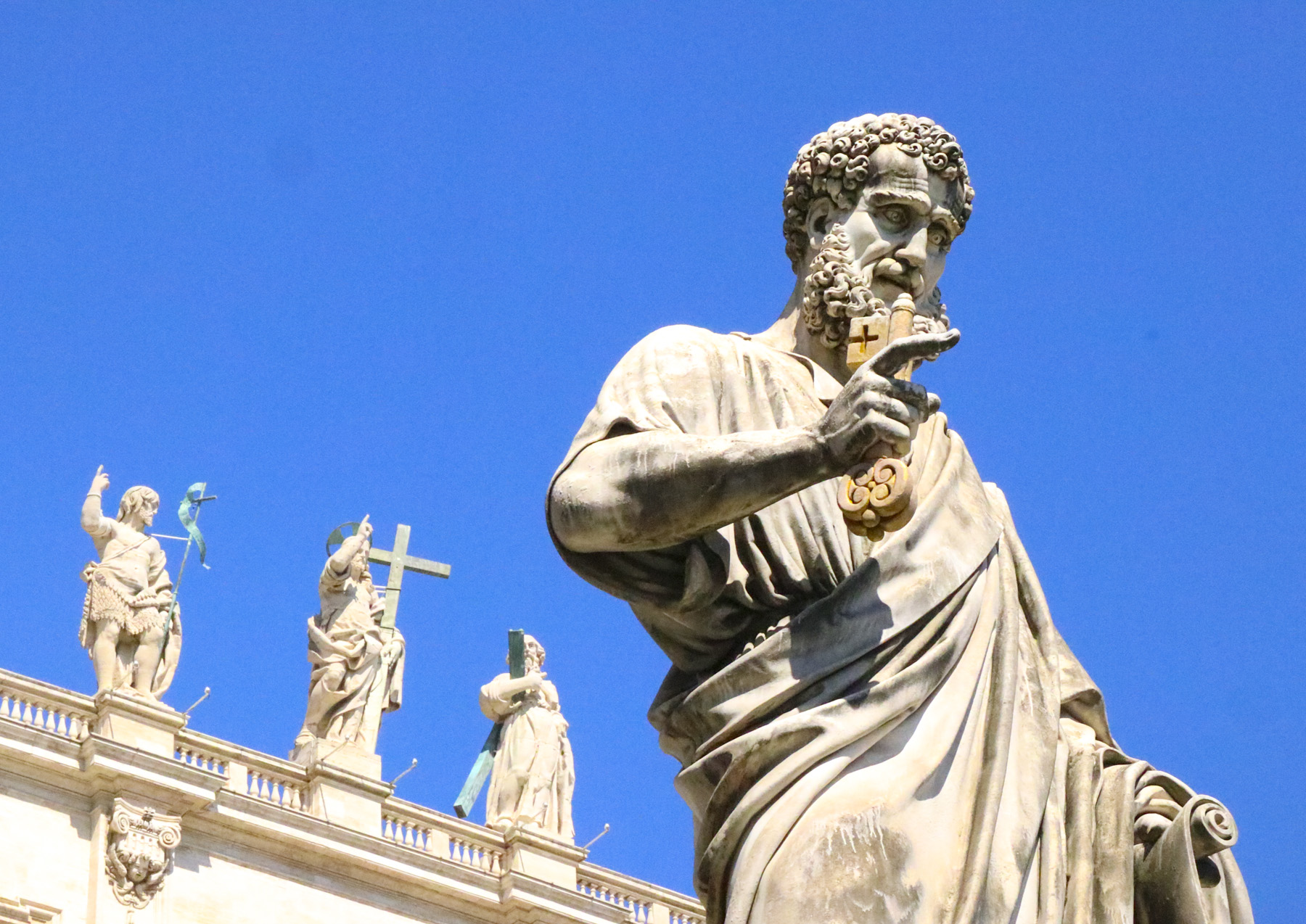 Rome is Sigeric’s Stopover I, Urbs Roma. It is the place where Archbishop Sigeric began his return journey to Canterbury in 990 AD. He had just walked all the way from Canterbury to Rome. His top priority was to visit the Pope and receive his Archbishop vestment called a Pallium. But after such a long walk he only stayed in Rome for 3 days. However, he did a lot of site seeing! We know this because he wrote a diary about about his itinerary. As a result, we are able to walk in his footsteps today! And for our efforts we receive a testimonium in Rome.

Sigeric’s Stopover in the Borgo

So where did Sigeric stopover in Rome? It seems likely that he stayed in the Borgo district in Rome. This district lies between the Vatican City and Castle Sant’Angelo. In those days, it was a walled town whose tangle of streets were rich with the sights and sounds of travellers, churchmen and pilgrims.

The Borgo was part of the 14th Regio (rione) in the Roman age. In ancient times the Etruscans performed ‘augurs’ (vaticinii) outside the city walls. So the Romans named the area Ager Vaticanus. And then, in 852 Pope Leo IV built the Leonine walls to protect the city. So it became known as the Leonine City. Today the Leonine City is made up of the Vatican City State and the Roman rione of Borgo.

Today it is still a convenient area for pilgrims to stay. After the long walk from Via Cassia it is a pleasure to stop for a rest before the excitement of visiting the Vatican.

The martyrdom of St Peter in Rome took place at the foot of Vatican Hill. After this, pilgrims flocked to visit the tomb of St Peter. Peter was buried in a humble pit on the slopes of Vatican hill right in front of Nero’s circus. At the end of the second century, the presbyter Gaius makes reference to a small funerary shrine. This became known as the ‘Trophy of Gaius’ and the destination of Christian pilgrimage.

St Peter’s tomb in Rome has lain hidden beneath the main alter of St Peter’s Basilica for over 2000 years. However, last century archaeologists rediscovered the tomb. So today it is still the focus of the Via Francigena pilgrimage!

So, don’t miss the visit to Saint Peter’s tomb!

The Statue of Saint Peter

This statue of St Peter in Rome was thought to date back to the 5th century AD. However, it has now attributed to Arnolfo di Cambio, a 13th century Tuscan artist. The bronze statue has some very significant features. Firstly St Peter gives a blessing with his right hand. Then he is holding the keys to the kingdom of heaven in his left hand. But most importantly, note how the toes on his right foot are worn out.

So what happened to his toes? They have become worn out from the millions of pilgrims who have touched or kissed his foot and asked for a blessing! For over 800 years pilgrims have done this! Even today, you have to stand in a long line and wait your turn for this special privilege!

Even more special! on 29th June, the feast day of St Peter and St Paul, the statue is dressed in papal vestments and crowned with a tiara. This is a powerful way to celebrate that Saint Peter was the first Pope in history!