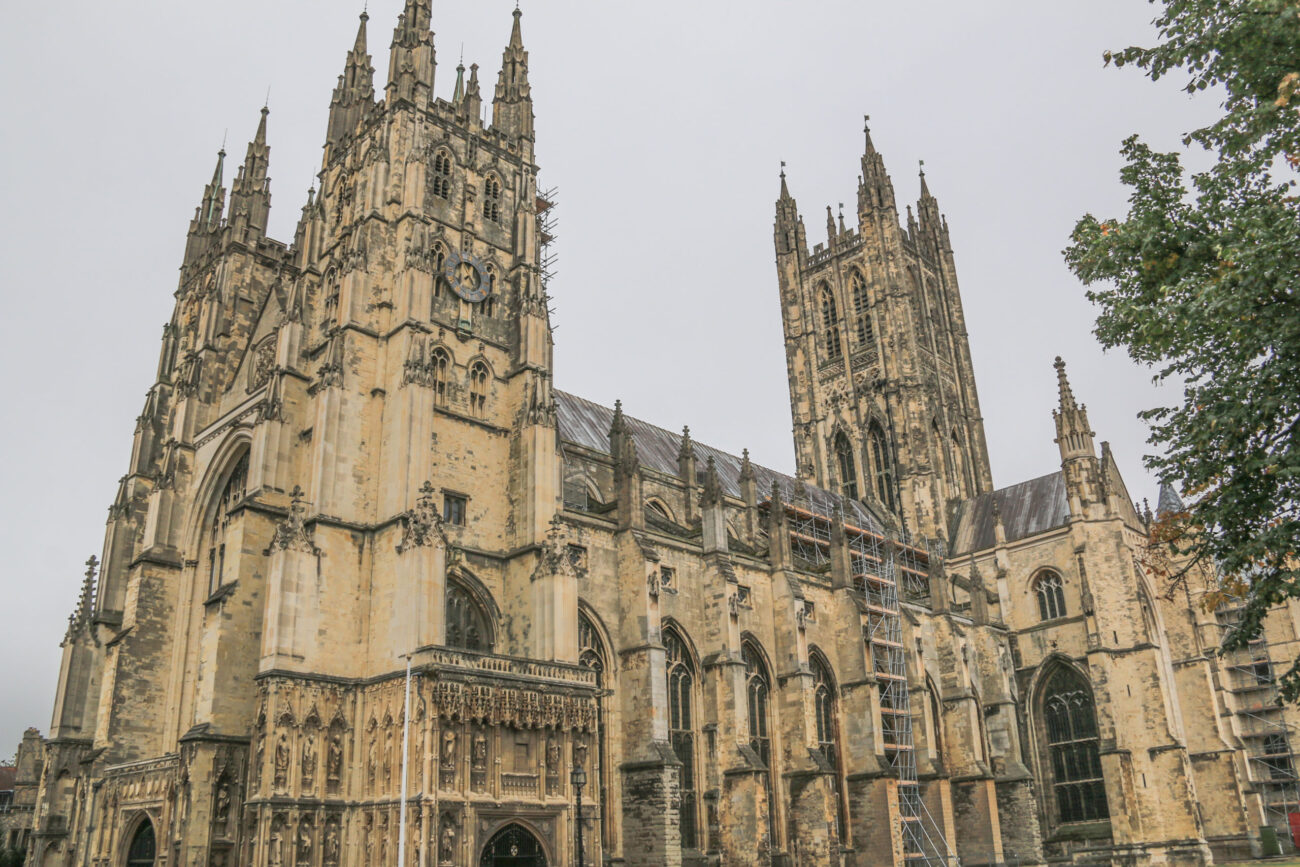 The Historic Via Francigena

The Via Francigena begins in England at Canterbury Cathedral! The pilgrimage is based on the journey made by Sigeric, Abbot of Canterbury Cathedral in 990 AD. Pope John XV appointed him Archbishop of Canterbury. Consequently, he had to walk to Rome for his ordination and receive his pallium vestment. After that he returned to Canterbury recording all his overnight stays in a diary. His last entry, number 80 (LXXX) is Sumeran in France. Today it is Sombre near Wissant, close to the English Channel crossing. After that, it was a short distance to Canterbury.

Via Francigena begins at Canterbury Cathedral

St Thomas Becket was murdered in the Cathedral in 1170. Since then Canterbury Cathedral became a place of pilgrimage. To this day pilgrims come to visit the site of his murder. Indeed it is noteworthy that it is where the Via Francigena begins in England.

In addition to its key role in pilgrimage Canterbury Cathedral has a lengthy history of architectural and historic significance. The Cathedral offers expert guided tours to explain all these special features.

St Martin’s is the oldest church in continuous use in the English-speaking world. The story begins in 580 AD when Ethelbert, heir to the throne of Kent married a Frankish princess, Bertha. She was the daughter of Caribert, King of Paris. But after his death she lived near Tours. This is where she encountered the teachings of St Martin of Tours. So, a condition of the marriage was that she could continue to practice her faith. Ethelbert agreed and gave her an ancient Roman sacred building for worship with her own chaplain, Bishop Liudhard. Today, there is a shrine of remembrance dedicated to Bertha in St Martin’s Church.

When Augustine arrived in 597 with a group of 40 monks he received a warm welcome from King Ethelbert and Queen Bertha. In addition, they joined Queen Bertha in Christian worship at St Martin’s Church.

Although St Augustine’s Abbey lies outside the city walls it is intimately connected with Canterbury Cathedral by two stunning gatehouses. On the western side, the Great Gate gave direct access for clergy and royalty. And close by on the south side was the Cemetery Gate giving access for monastic servants and admission of bodies for burial. Gratefully, these two gates survived the suppression of the abbey in 1538 by King Henry VIII.

Today the great Abbey lies in ruins and only an outline of its buildings remains. Even so, it is remarkable to walk amongst the ruins and imagine its past glory. Also, at the entrance to the museum there is a museum of salvaged artefacts.

The Via Francigena begins in England with a visit to the many historic UNESCO World Heritages Sites in Canterbury. It is a pleasure to walk the streets of Canterbury filled with historic pubs and inns under the watchful eye of the mighty Cathedral. In addition, there are many interesting visitor attractions. The Canterbury Tales attraction enables you to meet some of Chaucer’s colourful medieval pilgrims on their pilgrimage to Canterbury. Then, the Eastbridge Pilgrim hospital affords a glimpse of medieval pilgrim accommodation. Then there are other fun tours designed to entrance the visitor with Canterbury’s colourful past.

Before embarking on the via Francigena pilgrimage it is essential to allow time to visit Canterbury Cathedral, St Augustine’s Abbey, St Thomas of Canterbury Catholic church and St Martin’s church.