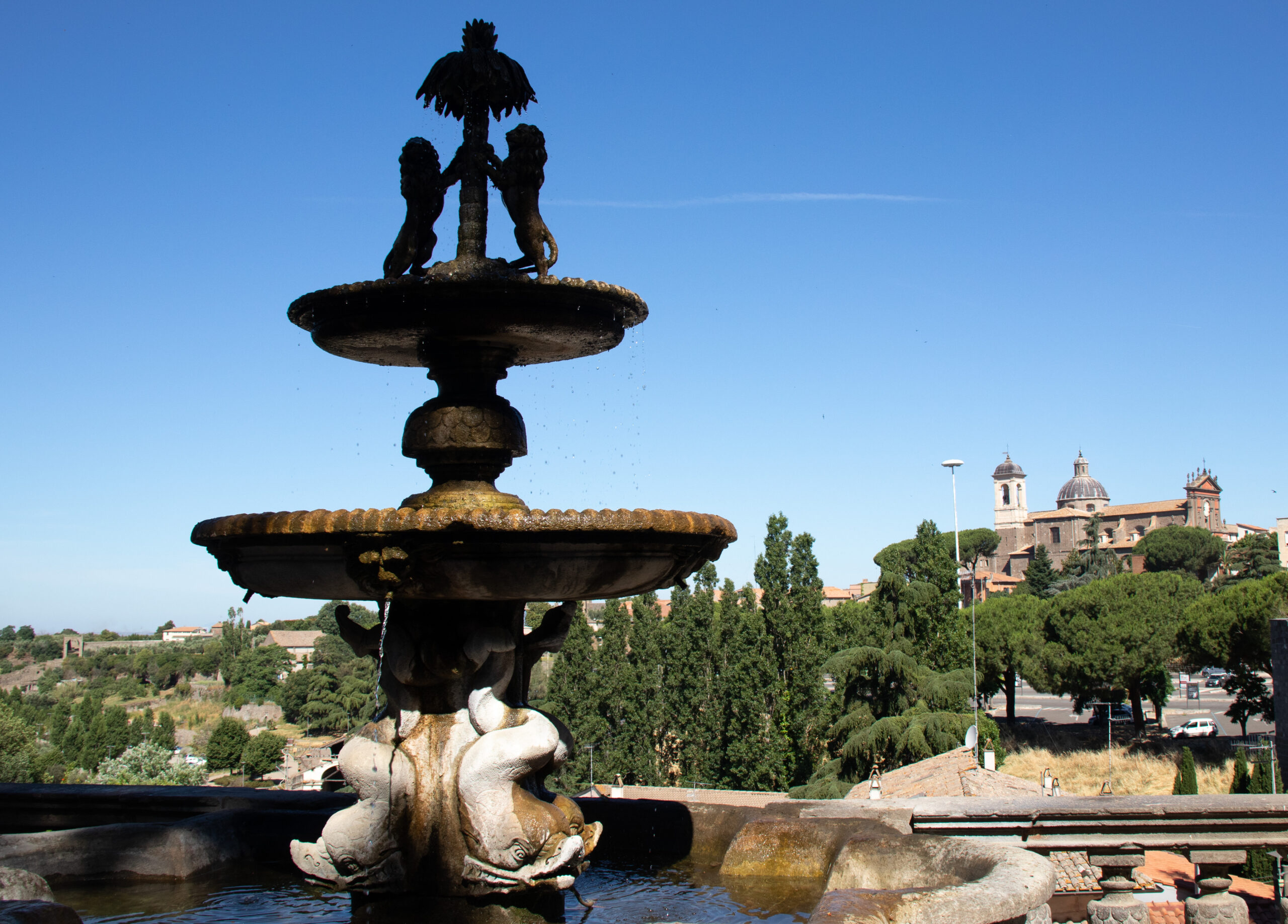 Viterbo was Sigeric’s Stopover VI on his return to Canterbury. In 990 AD Archbishop Sigeric walked all the way to Rome to receive his Pallium from the Pope. Fortunately for us, he recorded his return itinerary in a journal. As a result, his diary provides the itinerary for today’s Via Francigena pilgrimage.

Viterbo is the sixth place where Sigeric stayed. In those days Viterbo was known as ‘Sce Valentine’. Bulicame, near Viterbo is thought to be the exact location. This area is famous for its thermal springs. So no double it was a refreshing place for a stopover.

The Popes once held their seat in Viterbo earning it the nickname ‘City of Popes’. The Popes enjoyed the thermal baths. In fact, Terme dei Papi, is named in their honour. Pope Nicholas V enjoyed the baths so much he built a residence at his favourite thermal bath. Today, you can stay at the Hotel Niccolo V and enjoy endless visits to the Terme dei Papi. I certainly spent a most enjoyable visit at these Baths!

Viterbo was Sigeric’s Stopover VI, but the city’s origins go right back to the Etruscans. Their civilization flourished in central Italy between the 8th and 3rd centuries BCE. Tuscany derives its name from the Etruscans. And they were fond of building their cities on the numerous hilltops prevalent in central Italy.

Hilltop towns were known as ‘tuscii’. And Cathedral Hill in Viterbo has remains of an Etruscan Wall. At the entrance to Piazza San Lorenzo there are large rectangular stone blocks forming the foundation stones of buildings. This hill would have been an ideal place to construct a town because it could easily be defended from the valley below. Surna or Surrena or Sorrina might have been the name of the Etruscan town. However, little evidence remains to establish this. Excavations beneath San Lorenzo Cathedral may support this.

As you walk towards Piazza San Lorenzo you can see these large stones at the base of surrounding buildings. Also evident is the blending of new and old materials.

If you want to find out more about the Etruscans, there is an Etruscan Museum at the entrance to Viterbo.